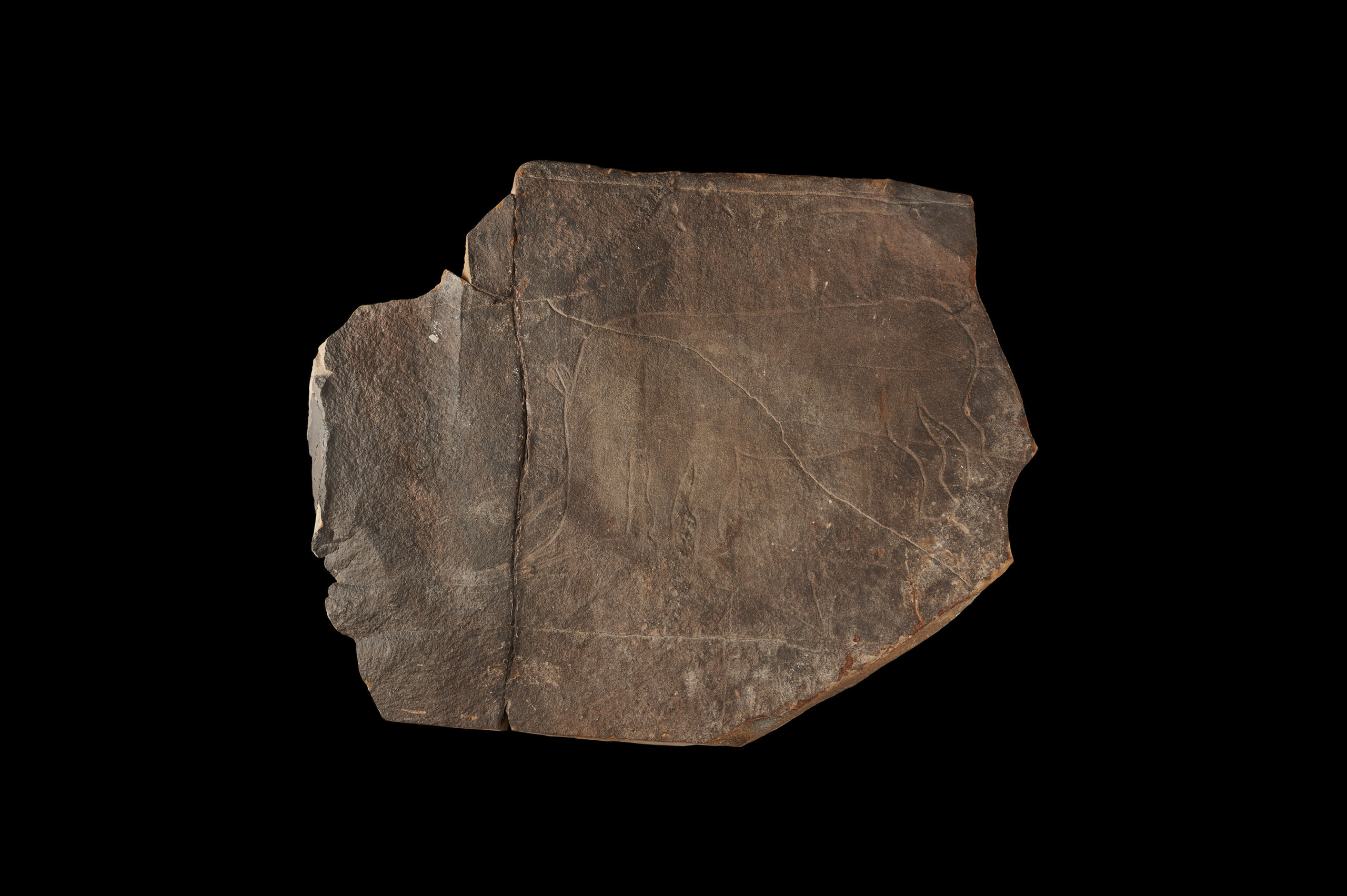 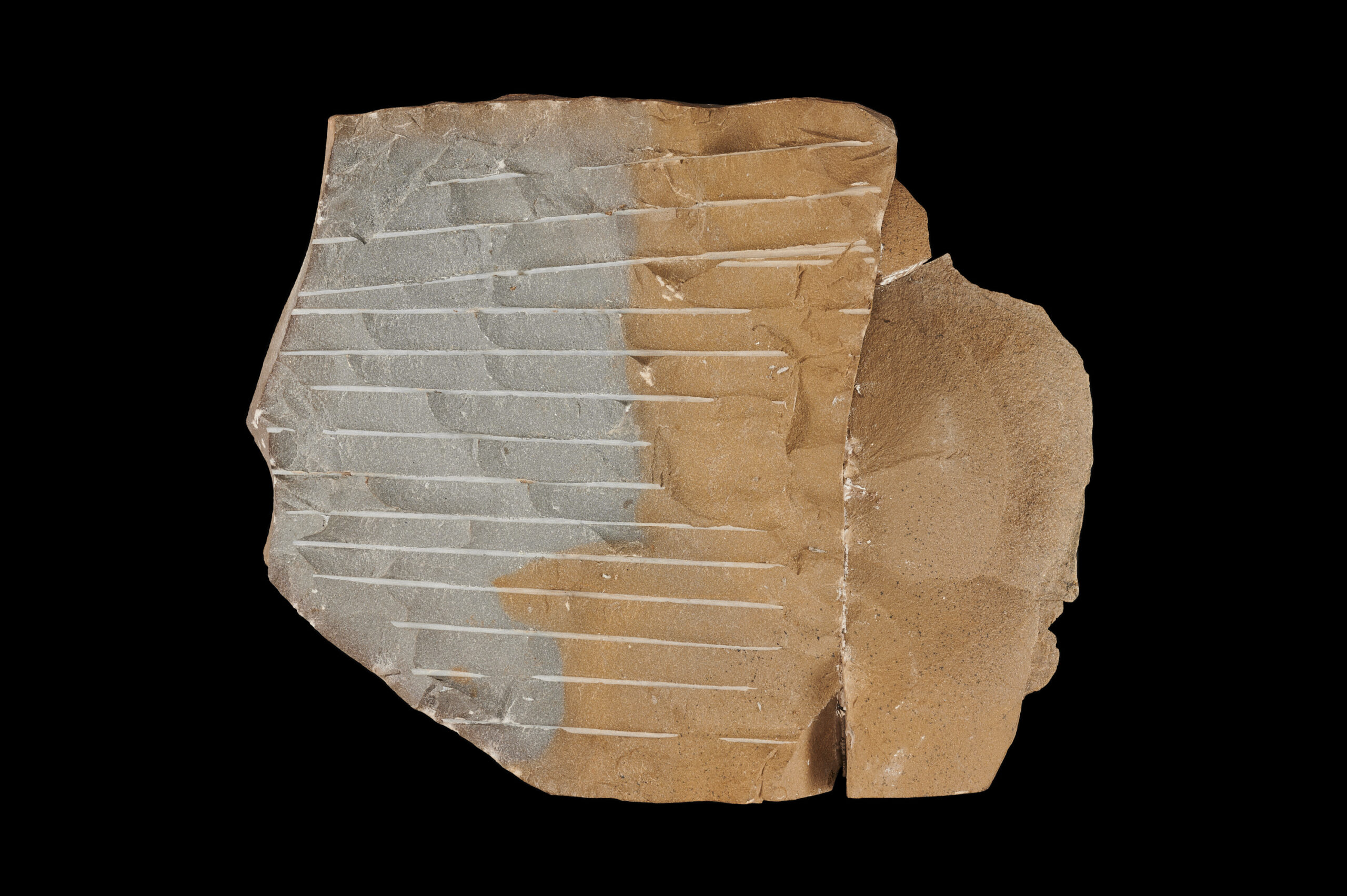 Rock engraving/petroglyph depicting a Rhinoceros/Rhinocerus. The engraving, like the entire surface of the front, is covered with a dark brown desert patina. The engraving measures 48cm from the horn tip to the tail. The rock slab weighs 30.1kg. It was recently processed on the back to reduce weight. The piece broke into 3 pieces along natural cracks and was reassembled with epoxy resin glue.

On the back, the uncorroded original stone material and the tool marks left when the weight was reduced can be clearly seen. Slight damage to the patina on the lower edge clearly shows the lighter rust-brown color of the patina just below the surface. The body or the inner surface of the animal representation is completely ground. This is typical for animal depictions of the hunter period (8000 to 6000 BC) in Western Sahara. Depictions of rhinos are very rare compared to cattle and antelope. The piece comes from the former Spanish Sahara from the border area between Southeast Morocco and Algeria.

Tikatoutine – 6000 years of rock art in the Sahara; Alain Sebe