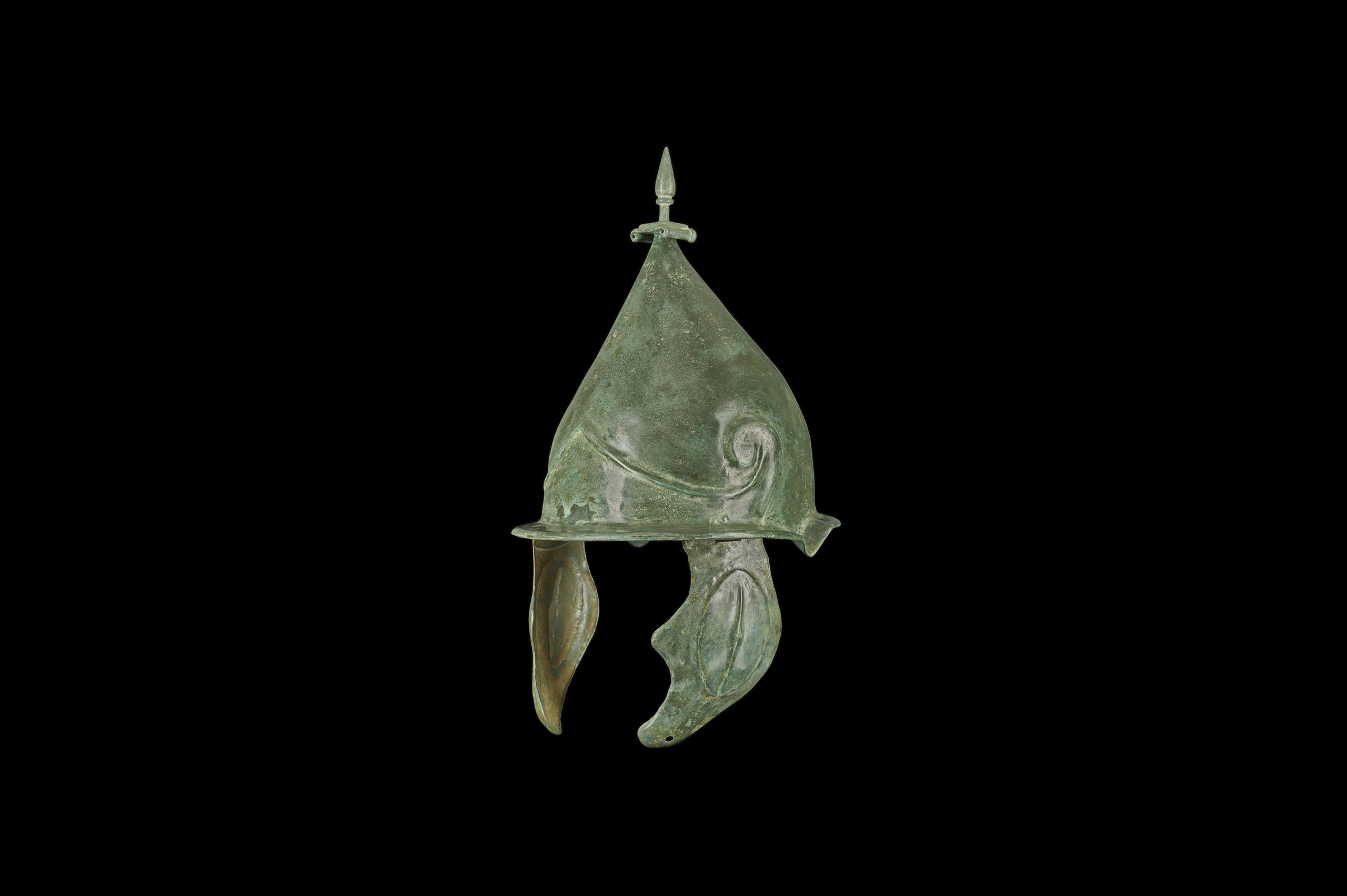 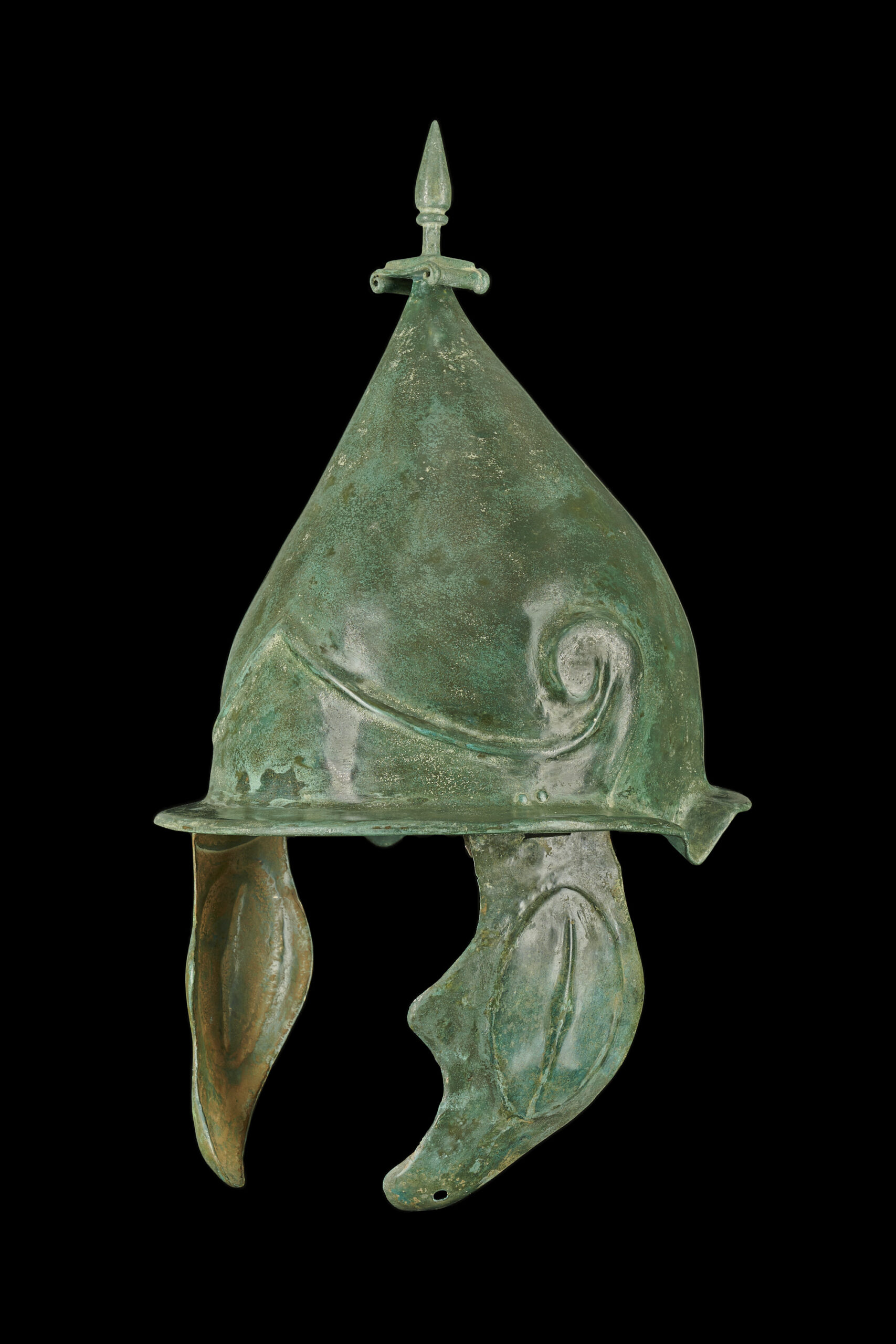 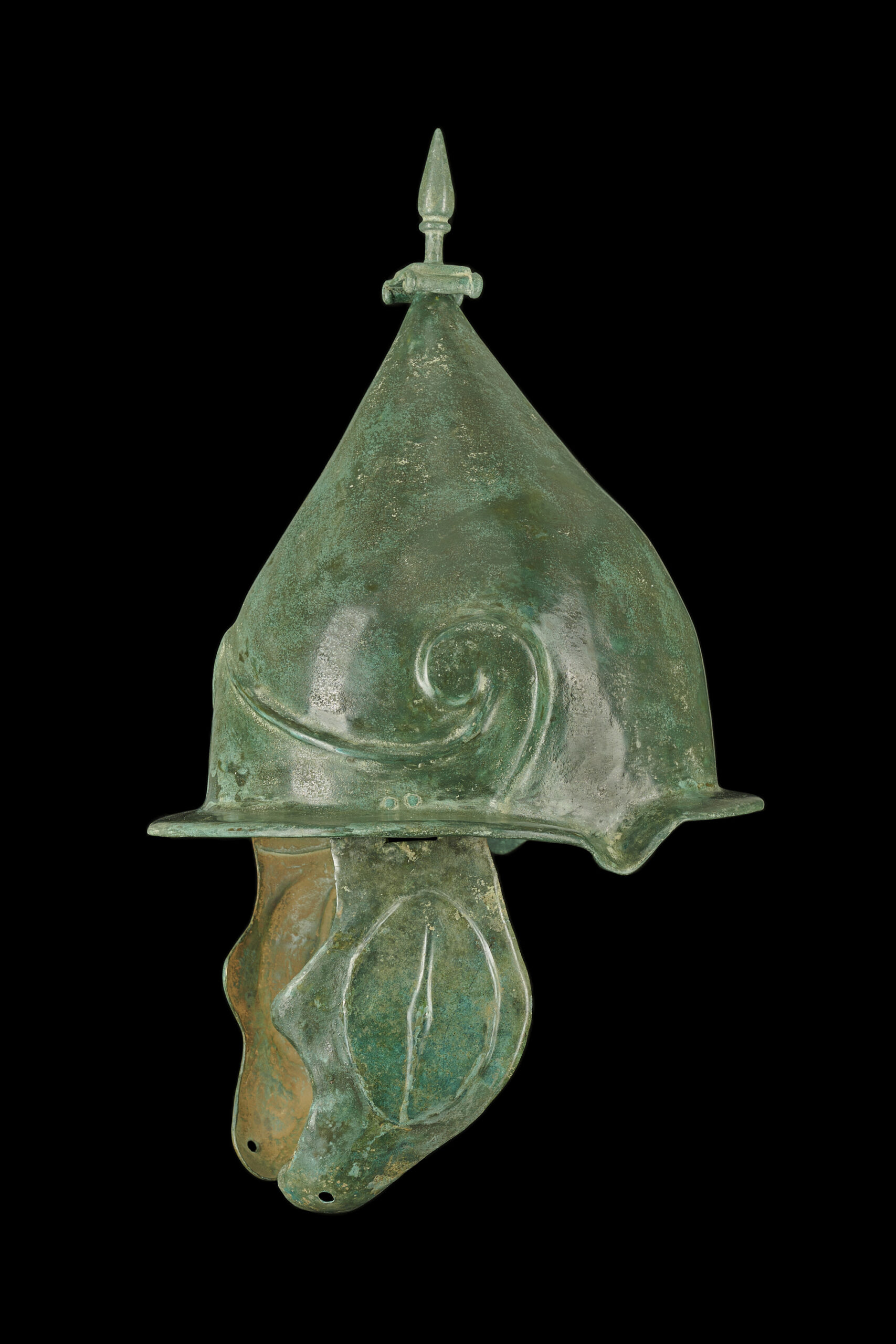 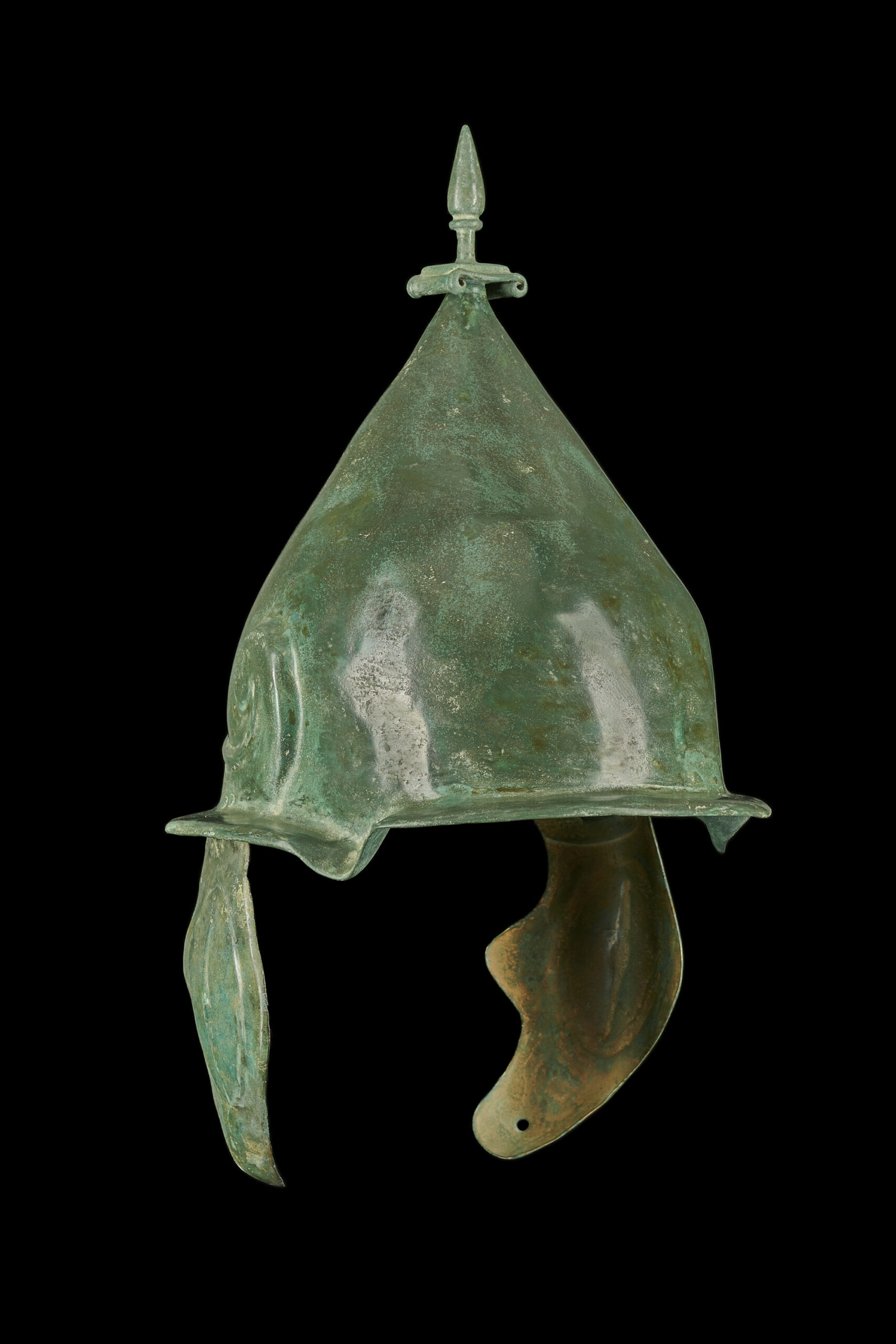 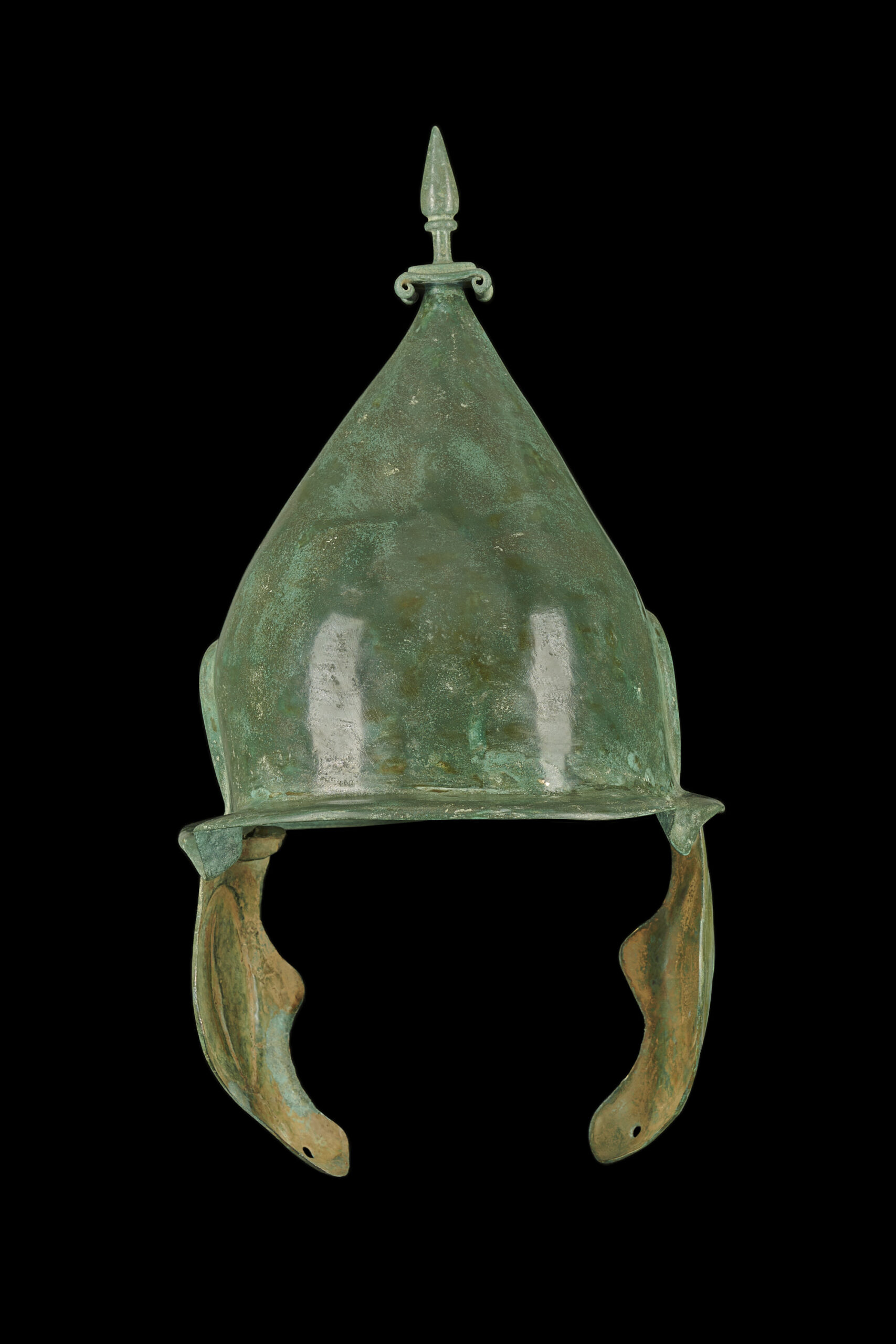 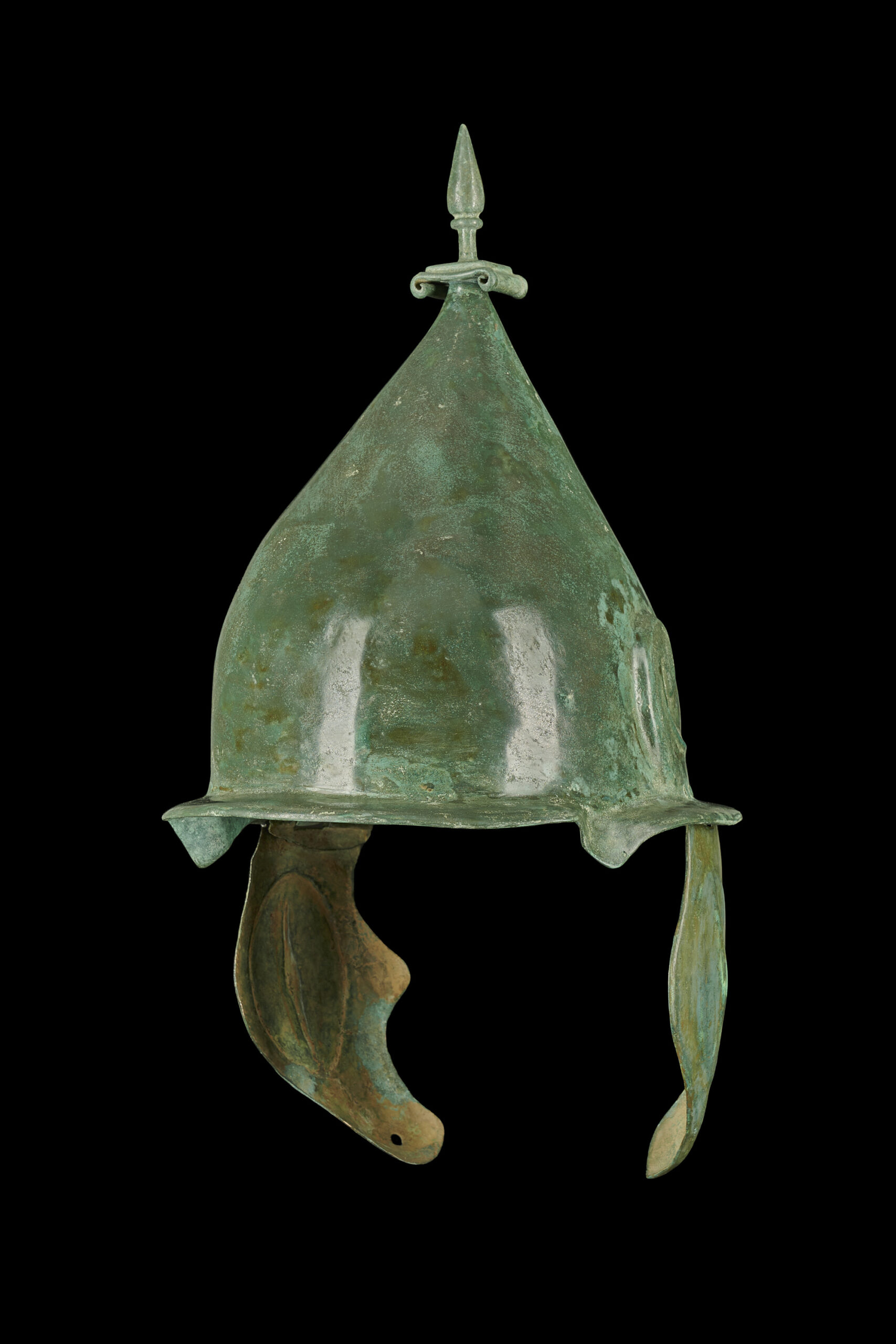 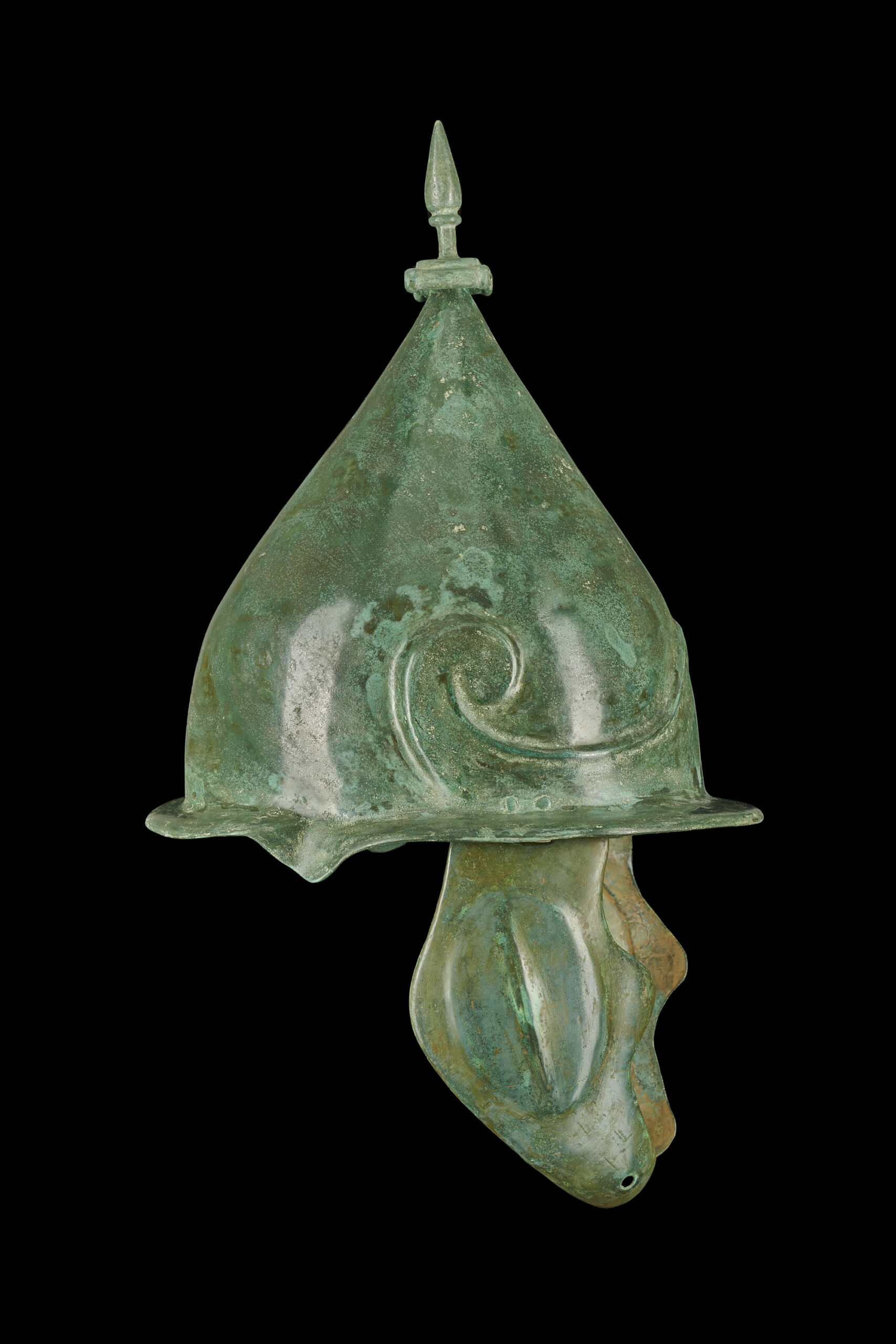 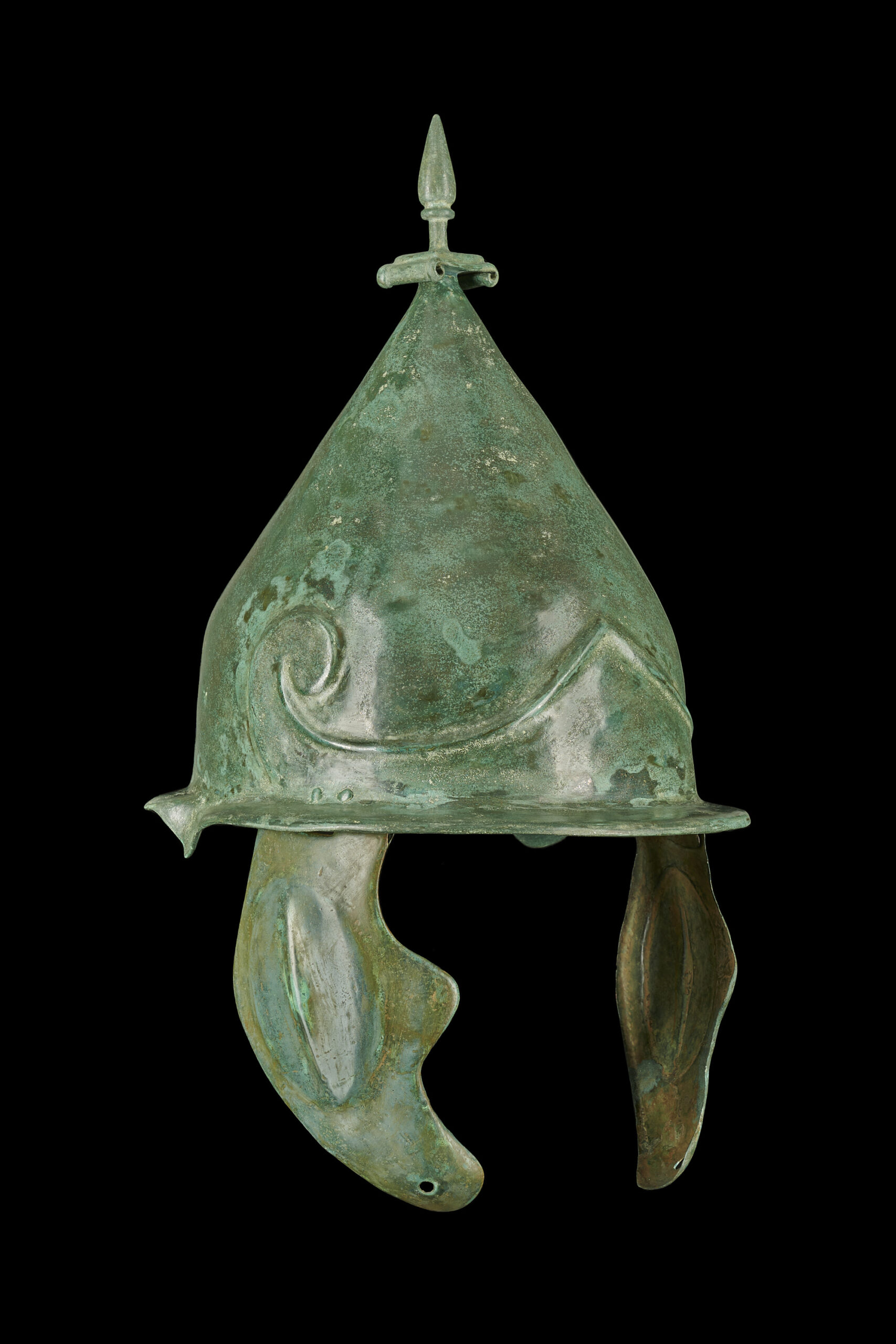 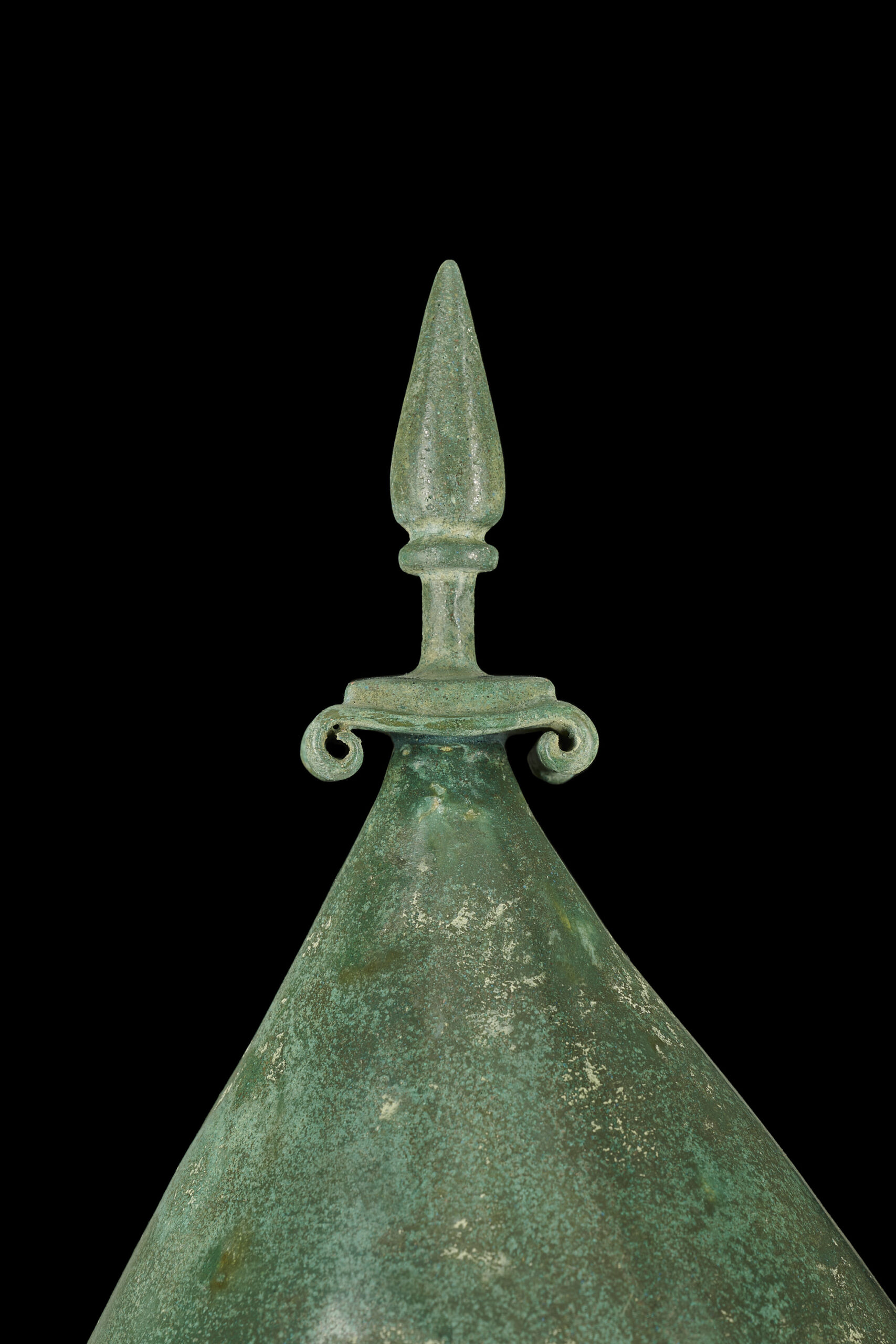 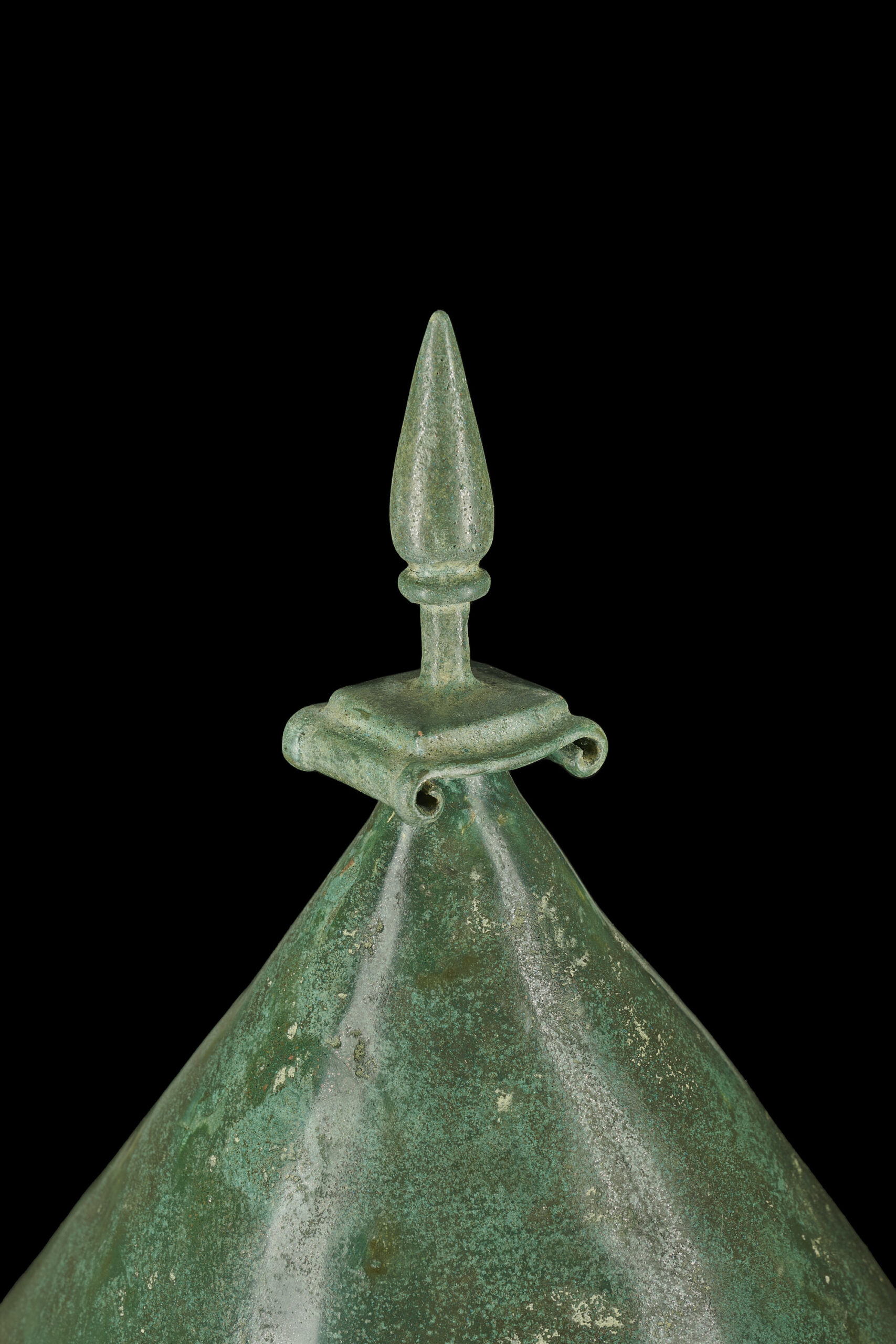 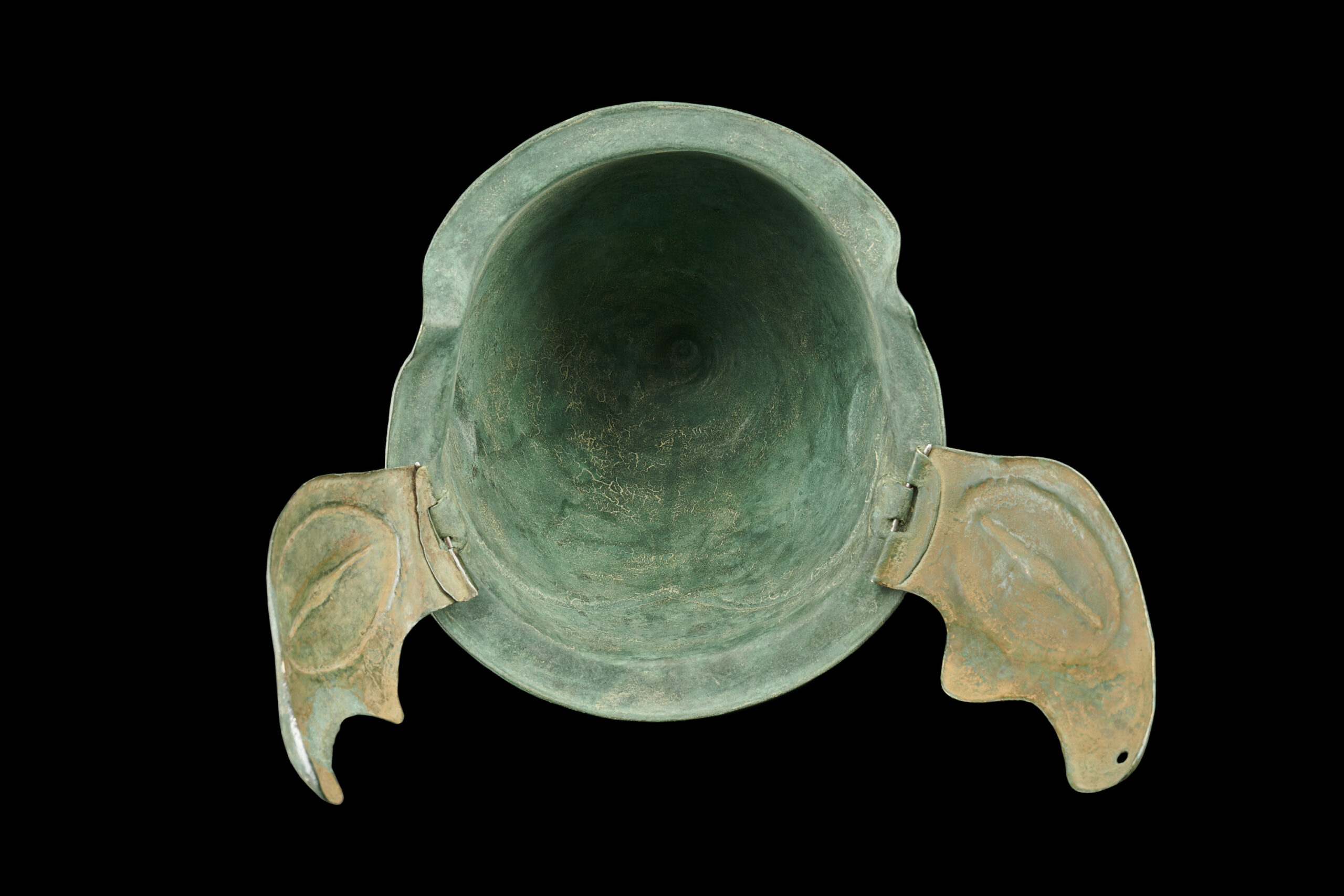 The helmet is of the konos (κῶνος) type. This is one of the few types of Hellenistic helmets for which an authentic name is known.

In shape, it most closely resembles the Thracian-type helmets of the Hellenistic period. The visor was equipped with an insert, which gave it additional rigidity. This structural element originally appeared on Attic-type composite helmets with a visor. Two helmets of the same type with spherical crowns and brim with schematic side “folds” found on the territory of Normandy are equipped with similar liners (Schaaff, 1988: 307–309). This element is not fixed on other Celtic helmets, and is the result of Hellenistic influence. P. Connolly suggested that the konos appeared to protect against the chopping blows of the Celtic swords. But the earliest konos are not older than the end of the 3rd century BC., and the Celtic invasion of Macedonia and Greece took place in 279-278 BC. The Celts themselves had helmets with a high crown in the 4th-3rd centuries BC (Schaff, 1988).

Some pilos type helmets of the classical and early Hellenistic era already have a fairly high crown. It is unlikely that the appearance of konos was directly related to the invasion of the Celts and the peculiarities of their weapons and tactics. The continuity of konos with pilos helmets of the classical era is undeniable (Dintsis, 1986, S. 59–72; Waurick, 1988, pp. 151–157; Juhel, 2009, p. 346–347). The spheroconic shape of the crown of the konos demonstrates this continuity. The main feature konos is the appearance of a developed nape and a visor, or fields and the presence of cheek pads, as well as a figured sleeve for attaching a plume. The earliest epigraphic monuments and images of konos come from Macedonia (Juhel, 2009, p. 346-347), then helmets of this type spread throughout the Hellenistic world.